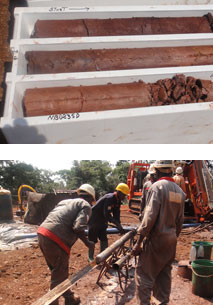 The Nabeba Mining Permit and Ibanga Exploration Permit are owned by Congo Iron SA, a company incorporated in the Republic of Congo which is an 85%-owned subsidiary of Sundance Resources. These permits cover a combined area of 956.6 square kilometres in the Sangha Province located in the northern region of the Republic of Congo.These permit areas lie immediately adjacent to the Company’s Cameroon tenements.

Congo Iron operates from a corporate office in the capital city of Brazzaville as well has as an operating camp site at Yangadou.The General Manager of Congo Iron is Mr Aimé Emmanuel Yoka.

Keep up to date by signing up to Email Alerts